The following has been re-posted from Convenience Store News. The original article can be found here.

Targeting the Most Important Technology Investments 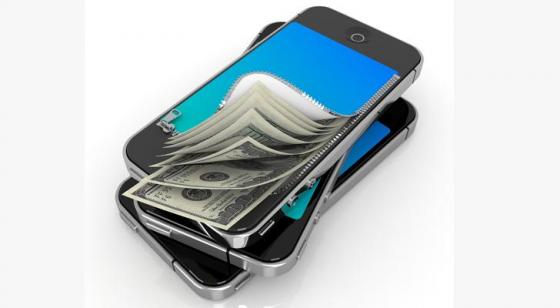 NEWARK, N.J. — Technology touches nearly every aspect of convenience retailing today, from loyalty programs to promotions to the point of sale and beyond. As a result, convenience store operators are preparing to increase the amount of money they spend on technology in the future, according to the 2018 Convenience Store News Technology Study.

Deciding which kinds of technology to invest in is a big challenge for retailers. They must understand where they are currently and how they can build up from there.

“You want to start with the customer requirements,” Tang said. “What do they want? What does the business really need?”

In the 2018 Technology Study, more than six in 10 c-store retailers (61.8 percent) said they’re spending more on technology in 2018, while only 28.5 percent expected to spend the same amount and 9.7 percent were opting to spend less.

Some c-store operators are on the cutting-edge of technology, exploring on-demand delivery, frictionless checkout and more advanced and emerging technologies, while others are seeking to update what they currently have in place and bring their stores up to speed with the current level of tech in the marketplace.

The top five goals listed by retailers in the study were:

While it didn’t rank in the top five goals, 32 percent of retailers also listed becoming EMV compliant at the pump, up from 28 percent the previous year.

While only 8.4 percent of c-stores currently offer self-checkout and 6.6 percent say they have biometric payment, the intent to add these types of technology at a future date is significantly higher, at 48.3 percent and 51 percent, respectively. This is likely tied to Amazon’s exploration of cashierless payment at its Amazon Go stores, which has raised interest in associated technology. C-stores are also interested in mobile payment, with 35.9 percent offering it and 38.5 percent planning to add it.

The study also showed that retailers are increasing the pace at which they turn to technology to enhance their marketing and promotion efforts, and in turn improve sales. Social media is the top method, implemented by 68.9 percent of retailers, followed by in-store video monitors (63 percent), automated loyalty programs (54 percent), mobile apps (53 percent), GPS and geolocation technologies (45 percent) and e-mail marketing (44 percent). A little more than half of retailers (54.4 percent) have a loyalty program, and 46.2 percent have a mobile app.

More than three-quarters of respondents (76 percent) have incorporated social media into their marketing plans, primarily Facebook and Twitter.

During the discussion portion of the webinar, the presenters noted that the EMV liability shift will become a greater technological priority, but right now some retailers still do not recognize the magnitude of the fraud they could be liable for once the shift happens in 2020.

While technology spending used to be solely based on what a retailer wanted or needed for their business, retailers have little choice today in updating their systems if they want to shield themselves from fraud liability.

“You can’t hang on to hardware as long,” Collupy said. “Technology is moving too fast.”

A replay of the webinar is available here.

As technology is pervasive at retail locations supporting more offers and consumer engagement options, the resiliency of this technology must be monitored and assured. Making…

Beyond the financial benefits, there are plenty of benefits associated with the RaaS model. From a branding perspective, when the merchant stamps the resale, it…